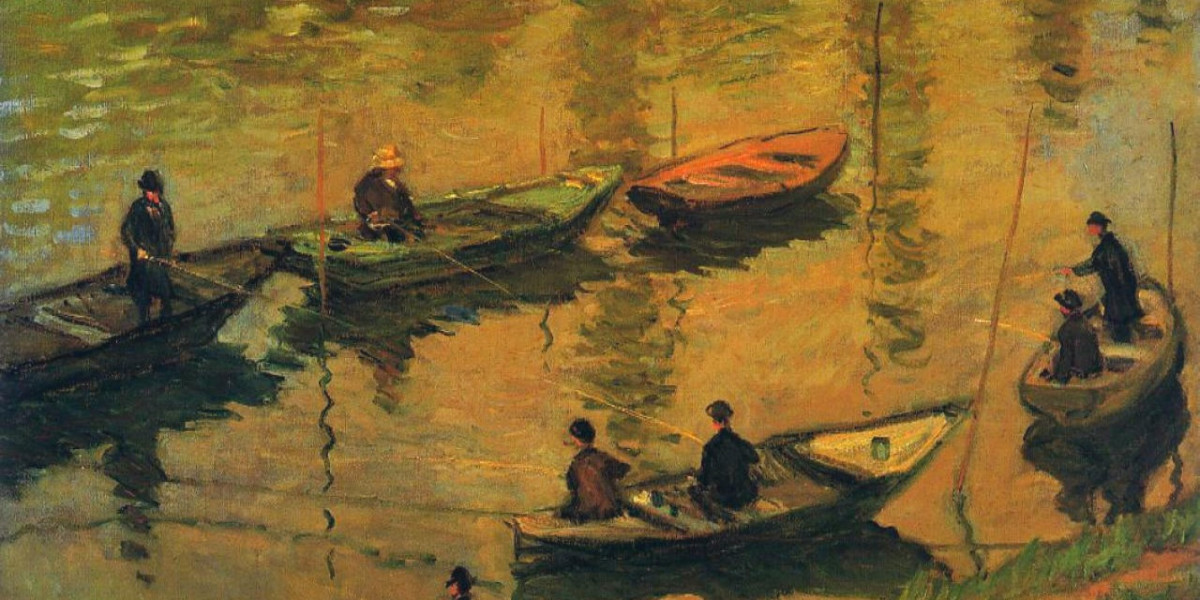 Light art was coined in the 20th century, but it is undoubtedly a primeval subject. Scientifically, light is an electromagnetic radiation with differing wavelengths, which is visible as well as invisible. Whether this information inspired artists or not is subject to extensive research, but the texture and visual that light subconsciously evoked appears to have been noticed in history of visual art. Basically, artists have been enamored by the effects of light on the objects, surfaces, and in general the presence of the phenomenon. The concept of light is conditioned so deep in the psyche that it is a part and parcel of our bodily functions.

Tracing various classical paintings rendered in a myriad of art styles like realism, romanticism, etc., helps expand our notions of the aesthetics of light in art history.  Since the classical period the foreplay of light delivers a dramatic climax to the creative expression.  Primarily since the Renaissance light has sometimes been explored as the subject instead of a mere tool, evolving in this way through contemporary art.

Concept of Light in Art

Several philosophers, thinkers, art critics and artists have theorized and painted light through the most stunning narratives in classical paintings. Light in art compels us to think visually instead of mentally. The concept of light in art has gained a momentum with the technological advancement. However, aesthetic sensibilities have sustained to keep a hold on the reins of art history.

When it comes to discussing light in visual art, Claude Monet is the most talked about artist for his classical paintings. The variety of colors in Monet's impressionist paintings narrate how a single natural source of light, the sun, can effectively modify the hues. Intrigued by these transitory chromas, Monet created successive paintings to document them compulsively. Why did he do it? Was it a scientific or an artistic experiment? What seeped into him to lock these natural alterations? Instead, what amused him and his fellow impressionist painters like Paul Cezanne, Vincent Van Gogh, Edgar Degas, among many others, to tightly capture the natural transformations, with ‘whatever it takes’ attitude! Monet’s painting technique was of classical style, impressing the experience of sunlight by one brushstroke at a time. He was flummoxed by the changing shades of reflection, which made him realize the changing visuals of the landscapes, since the dawn until the dusk.

“The way light falls on a body reveals its form. The way the body’s surface reflects the light reveals its texture. Any tyro in art who has learnt the elements of drawing is aware of this distinction. He has learnt how to model form in light and shade and he has learnt how to indicate the reflections and highlights that impart the impression of glossiness or moisture.”

EH Gombrich, a noted art historian, in his lecture narrates the difference between lume and luster, referencing Leonardo da Vinci, Jon van Eyck, and few other artists. Technically, lume means a source of light, while luster is the glossy reflection on a smooth surface. Lume is independent of luster, and vice versa. Artists must constantly acquire by study or invention and discovery new techniques for studying light from diverse sources and learn to depict observed lusters on a myriad of surfaces.

Leonardo da Vinci's drawings are the epitome of the representation of light and its melodramatic play. Leonardo described the painting technique or art style of sfumato: "without lines or borders, in the manner of smoke or beyond the focus plane". Moreover, the sfumato technique eluded the distinction, playing with the vision of the viewer. The Sfumato style reasons with romantic interplay instead of concrete and crisp division of sub-forms. Although the light was of paramount significance in pre-renaissance artists, the ulterior motive of societal underpinnings became prominent with the usher of revolutionary artists. This comprised Leonardo, Caravaggio, Michelangelo, Raphael, and many. Before describing the movement of Tenebrism prevalent in the renaissance slot, clarifying the concept of chiaroscuro will filter the perception of luminous compositions.

In art history, chiaroscuro was a study of light and shade with respect to the mid-gradient paper. Artist painted the shadow with darker hues and highlighted areas in lighter tones. Technically, chiaroscuro style dealt with the medium, which later made its way with a complex meaning.  Trapping the two extremities in the medium, the interplay of bondage and freedom provides an artist with a much-needed rush to create. For example, the painting of a portrait on grey paper or board will depict the highlighted spots in white or beige. And, shades like burnt sienna, olive green, ochre yellow will represent the immediate shadows to develop an impressive three-dimensional feature of the face.

Significance of Light in Renaissance

Renaissance and Impressionist painters are known for their many experimentations in using light and shadow. Sfumato, Chiaroscuro, Tenebrism, among other visual art styles reached their peak during these periods.

Why did Caravaggio use Tenebrism?

Tenebrism is popularly discussed among art historians, referencing the noted Italian artist, Caravaggio.  The style of Tenebrism is a step ahead of chiaroscuro, wherein the major area of the canvas's surface is dark and almost black. It leaves a few elemental forms in highlighted shades. Tenebrism, charged with the ferocity of depth and contour, provides a room full of darkness to gleam only the crucial figures.

In Caravaggio’s paintings, the color palette consists of browns, ochres, burnt sienna, burnt umber, and black. Directed by the natural light source, the faces and a few folds of drapery suggest the path of the streaming rays. While a few paintings evidently depict the source, such as windows, etc., the others divide tonal values with a rhythmic ascension. Caravaggio’s utility of Tenebrism brims to create a theatrical aura.

The viewer is almost submerged into the deep sea of play through the gleaming bodily features.

How did Impressionists Paint Light and Shadow?

Who would know that the invention of tubed paints will herald a shift in the artistic norms down the lane of art history! With the hassle of preparing pigments gone, the ease of carrying paints made the painters conduct outdoor sessions regularly. The visuals in paintings witness a paradigm shift from the only human figures to an accompaniment of a bright and vibrant backdrop of natural surroundings. The daisies and lilies with blue skies complimenting a lady under parasol, bridges, ponds, and fearless brushstrokes define the expressions of impressionist painters.

But this traditional approach was about to experience a drastic change as far as light is concerned. The Light will no longer serve, instead it will become the subject, presiding and empowered. With the passage of time, the art in the 20th century proved to be vital to the light and space juxtapositions.

The advent of photography, in the late 19th century, catapulted the whole scenario of art, its beliefs, and applications. Bringing technical convenience in presenting realistic features, the distilled theories now became the meaning of Art. Art was no more a striver to medium. It charted a route of an abstract notion, enriched with social impetus, and activist strategy. Gradually, it served a higher purpose, implementing the cultural values over the mere representation, royal or subjective.

On the same lines, Light art was revived by James Turrell and Robert Irwin in the late 1960s. Turrell is one of the essential discussed artists when it comes to light as an experimental dimension in art. Turrell’s artworks are luminescent, engulfing, and evocative of spatial upliftment. The pervading light absorbs the space. That is why his works are comprised under the larger umbrella of the Light and Space movement.

In presenting a concise picture of light art history, it is essential to note the works of Moholy Nagy, Dan Flavin, Yves Klien, Jean Tinguely, Lucio Fontana, Keith Sonnier, Jenny Holzer, and Olafur Eliasson. Interestingly, Moholy Nagy, the constructivist and Bauhaus teacher, is well known for Light-Space Modulator. Amalgamating Light art and Kinetic, Nagy's experiments with light were hampered due to the second world war in the early 20th century.

Concluding the journey, it is interesting to arrive at the junction where the notion of art germinates from the light itself. David Hammons is an American artist, whose artworks focuss on African-American history, triggering the racial prejudices rampant in the society and against the historic neglection of black community.

Consider the example of Hammons’s Concerto in Black and Blue — one is almost prejudiced, experiencing the striking absence of light. Concerto in Black and Blue is an installation piece created in 2002 by Hammons at the Mnuchin Gallery, New York, as a part of his retrospective, Five Decades. With no light as well as any exhibiting objects, and the only blue LED at the entrance, Hammons was revisiting and reflecting upon James Turrell’s concept of Light and its enigmatic sensibility. The visitors would walk around in total darkness, with no visibility whatsoever.

Irrespective of the changing mediums, the function of light in art has charted a provocative route through a variety of expressions. Spanning classical art to modern art, the history and style have performed with commendable synchronization, shifting the outlook in perceiving an art piece. Light has come to play a significant role, whether it is a display, a source, a tool, a purpose, a subject, or a perpetrator of movements and a socio-political or racial representation of thoughts.

Urvi Chheda is an artist and art researcher based in Mumbai, India. Graduated from Sir JJ School of Art, she dabbles into many creative forms like Improv and Haiku. Follow her daily updates on Insta profile @haikucnic