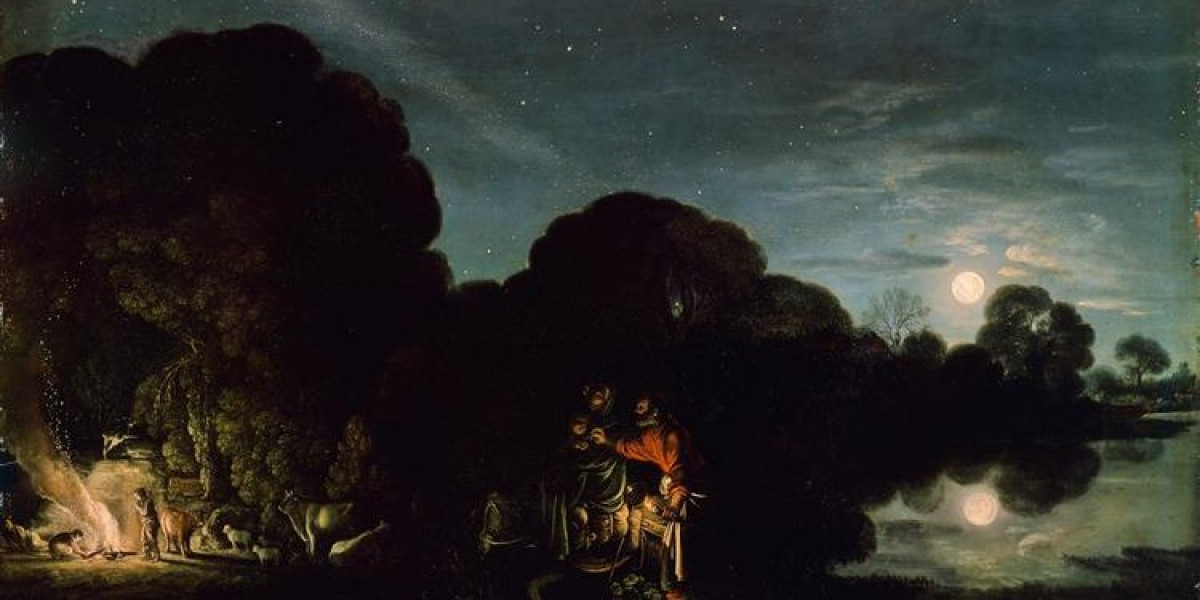 It was July 20, 1969, when astronauts Neil Armstrong and Buzz Aldrin of the Apollo 11 space mission touched down on the Moon for the first time in human history. Despite the deadly risks of ethereal space and conspiracy theories about the cinematic simulation of the moon landing, it was a real breakthrough. From that day forward, the Moon and its vast seas plains, huge craters, and mountain chains, become much more than a satellite. Human beings may explore this distant landscape.

However, the Moon has fascinated astronomers, poets, artists, and thoughtful people since far before 1969. Perhaps it is because of its ghostly shine, its silvery surface resembling a winter landscape, or maybe because of the specular rivalry with the Sun as if it was the silent and feminine counterpart to the day, but Moon symbolism has always been powerful in all the disciplines.

Emblem of the night, the Moon represented for centuries mystery and magic, introspection and insight. The phases that change the shape from night to night make it an epitome of renewal in myths and tales, embodying a romantic and eerie fascination.

The Moon in art has assumed diverse meanings. The artists who painted it were sometimes attracted by its shadowy appearance and sometimes, on the contrary, by the shimmering effects of its light on nature -if you are curious, we have already discussed shadow and light in art.  In other cases, especially in contemporary art, creatives tried to replicate its elegant form, fascinated by the mutable capacity of its cyclical nature: sometimes perfectly circular and other days a thin silvery slice.

In this article, we selected five works where the Moon and its light embody mysterious meanings, ranging from art history to design. This enigmatic satellite has always been a different version of itself, even in art.

5) The First Moonlight Painting of History

Have you ever wondered what was the first painting in which the night sky is really the night sky? What is the first art image where the Moon and its constellations are realistically depicted? The 2022 Milan Triennale, dedicated to the Unknown and surprisingly curated by an astrophysicist, gave us an answer: it is The Flight into Egypt, an oil-on-copper painting by the German painter Adam Elsheimer, dating from 1609.

In this portrait of the holy family, the vault of heaven is astonishing for scientific reasons. The sky is not dotted with randomly placed stars, but the painter depicts the Milky Way, after direct astronomical observations or perhaps because of his knowledge of Galileo Galilei's coeval treatises about the Moon. In fact, the Moon is the real protagonist with her irregular and cratered surface, and its suggestive light illuminates the pond, reflecting in it as in a mirror. Then, we are faced with the first piece of Moonlight art...with astronomical value!

Starry Night is perhaps one of the most famous paintings in the prolific oeuvre of the Master of Modern Art Vincent Van Gogh. In this nocturnal landscape, inspired by the view from his window at the asylum in Saint-Rémy, the painter depicts the picturesque Provençal village after the sunset, perched on the hills, the dark cypress tree in the foreground, and the sky lit by shining stars and swirling clouds.

But let's try to focus for a moment on another main element: the glowing yellow crescent Moon in the upper right of the canvas. The Moon is depicted as a radiating orb, and it relates to the close Planet Venus. The moonlight is represented through gestural painting and color, where each natural element loses its real sense to acquire that emotion. Objective reality is transfigured by the artist's tormented subjectivity, in the grip of delirious episodes. And so also the Moon and the night become symbols of hallucinated dreams and dark premonitions of death.

3) Magritte and the Hidden Face of the Moon

Surrealist painters, and in particular the Belgian René Magritte, are among the artists who attributed the most significance to the Moon in their art. Interested in painting the dreamlike and irrational world, surrealists chose the Moon as an enigmatic metaphor for the surreality that rests hidden in our reality. After all, who more than an element of whom we know only one face can become a symbol of the hidden unconscious?

Magritte sows his paintings with moons and meaning. In one of the most striking works, three crescent moons levitate over three men’s heads, dressed in black. They are the same person, showing us different faces of themselves, or not showing it at all by turning their back. Like the moons above their heads, which hide a face we will never see, humans also carry a secret and inner world that they do not easily show to others, where dreams, feelings, and fears find space. An intuitive world that does not emerge in the daylight, but when the light of reason goes out.

2) An Illustrated Journey Around the Moon

But the Moon also attracted the attention of writers, particularly science-fiction novelists such as Jules Verne. You may have heard of the more famous Around the World in Eighty Days, but did you know that French writer also thought about space adventures on the Moon? The protagonists of Around the Moon set off on a space mission with a mammoth projectile and taking with them provisions... and their dogs!

However, the illustration entrusted to artist Émile-Antoine Bayard is striking. Gathered in a curated collection by PublicDomainReview, they reveal the visionary imagination of Bayard. The Moon, painted as an elegant floating female figure, gives a poetic interpretation at this sci-fi adventure.

The iridescent shape of the Moon is a muse for painters, writers, and illustrators but it also inspires the creation of objects. Sculptures, ceramics, lamps...objects shaped like a moon are numerous. Just think about the Moon Mirror series by the highly regarded sculptor Anish Kapoor. The British-Indian artist works with reflective surface, on the evocative possibilities of solids and voids and his lunar mirrors reflect the ever-changing nature of the moon. But it is not just contemporary fashion. The Asian department of the incredibly valuable Detroit Institute of Arts preserves a precious porcelain from the 18th-century Korean tradition called Moon Jar. The concept is easy: joining together two separated bowls with a milky color. And the mind immediately flies to an asymmetrical but delicate full Moon.

And finally, we cannot forget an iconic piece that has made Italian design history: the Eclisse (Eclipse) lamp designed by Vico Magistretti and produced by the Artemide company. Born as a quick sketch on a subway ticket in Milan, Eclisse is a table lamp that combines form, design, and functionality. It responds to a simple need: to regulate the intensity of light, and it does so by drawing inspiration from the natural element of the Moon and its properties. Inside, Eclisse owns a rotating lampshade that hides the light source at will. It creates a real eclipse with all its intermediate. The moonlight magically materializes…on your desk.

What art light fixtures would be great for moonlight paintings?  Try any light in a satin nickel finish - a smooth silvery finish like that glowing silver dollar in the sky.