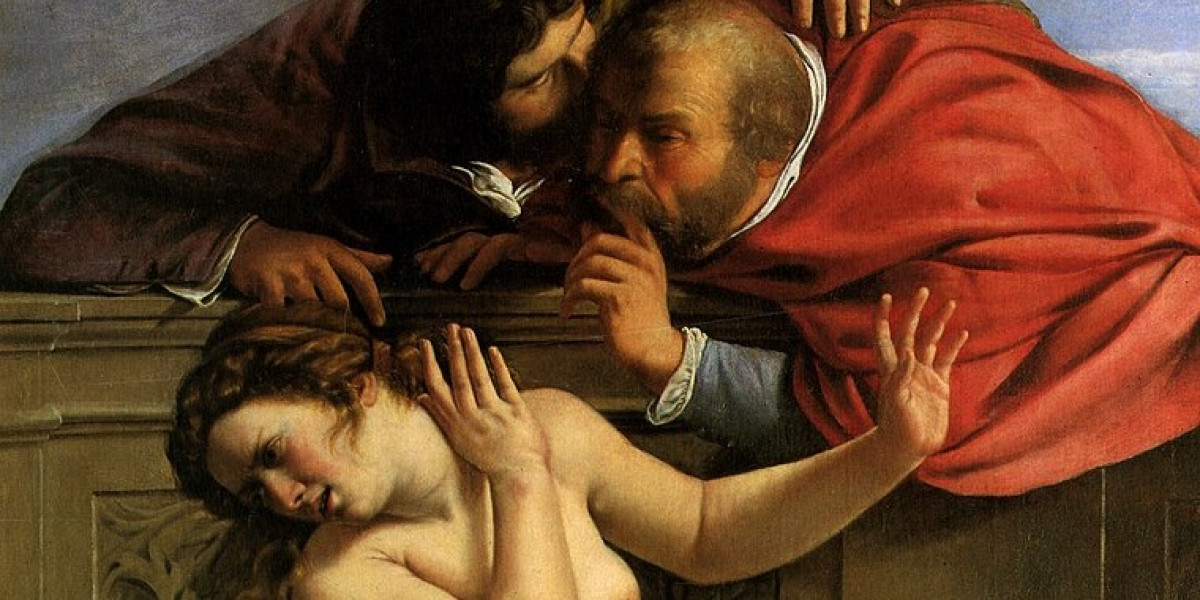 Even in the 21st century, being a woman means reduced liberties in most parts of the world. Imagine what it would’ve been like in the 17th century. Did women have any autonomy at all or were they mere objects, always relegated to the status of the second sex?

It is in a world such as this, where the one who is raped is tortured to prove they’re being honest, that we meet the great Italian Baroque painter Artemisia Gentileschi. One of the most important female artists of the late Italian Renaissance and the early Baroque period, Gentileschi was a feminist before “feminism” was a solidified belief system. Gentileschi was a woman with strength, resilience, and the ability to understand that she had liberties worth fighting for, regardless of whether society acknowledged them. Unfortunately, because she was a woman in a man’s world, and because she expressed her resentment of the unequal system she was born into, often through her work, she has been neglected for too long. She has only recently begun receiving the recognition that is long overdue.

Artemisia Gentileschi was born in Rome in 1593 to celebrated Tuscan painter Orazio Gentileschi. During her early adolescence, her mother passed away. Because she was the eldest child, and the only daughter, of her father’s, Gentileschi thrived as an artist from an early age.

The artist grew to prominence under the tutelage of her father. He introduced her to various artists, including the great Caravaggio, who had a lasting impact on her work. During the beginning of Gentileschi’s career, her style of painting was indistinguishable from that of her father’s. By the time she was fifteen, she was already creating professional artworks, the earliest of which (Susanna and the Elders) were long attributed to her father and not her.

When Orazio Gentileschi saw the potential in his daughter, he recruited his friend, the painter Agostino Tassi, to help her with her painting skills. Tassi and Gentileschi’s names, even today, are linked together due to a heinous crime committed back when the artist was still a teenager.

Tassi brutally raped his pupil in 1612 and this led to a lengthy trial that was significantly more painful for Gentileschi than it was for Tassi. The trial became much publicized in Rome and had an impact on her reputation for most of her life. Even today, Artemisia Gentileschi is known more for being the “Italian artist who was raped” than for the brilliance of her work.

Artemisia was tortured, as ordered by the judge, during the trial, so as to prove that she was telling the truth. She was also checked for proof of having recently been “deflowered” by various midwives (a technique used even today). Even though Tassi was found guilty and as punishment was to be exiled from Rome, the punishment was never carried out. He was, after all, protected by the Pope. Sadly enough, a few years later he was even invited back into the Gentileschi home by Orazio. Remarkably enough, all the transcripts of the trial, which lasted for seven months, are available today.

After the rape, Gentileschi’s father arranged for her to be married to a Florentine painter. In Florence, Artemisia Gentileschi managed to shed at least some of her reputation. Here, she received support from the Grand Duke Cosimo II of the Medici family. Thanks, in large part, to this support, Artemisia Gentileschi became the first female painter to be accepted into the prestigious Florentine Academy of Fine Arts in 1616. It was while in Florence that she also cultivated a relationship with the philosopher Galileo.

The six years Gentileschi spent in Florence were crucial to her personal and professional growth. She learned how to read and write, and to appreciate the arts. She also cultivated relationships with noblemen during her time there. In Florence, the artist was commissioned to contribute a painting (Allegory of Inclination, 1615-17) to the ceiling of the Casa Buonarroti to honor the life of Michelangelo. Remarkably enough, Gentileschi, who was the only woman painter commissioned, was paid thrice the amount the other artists received.

Ever the trailblazer, Gentileschi split from her husband after a few years of marriage. Unfazed, she enjoyed her newfound autonomy as the head of the household to the fullest, painting and traveling with her two daughters, who also grew up to become painters.

She moved back to Rome in 1620 and other than a brief stint to Venice called the city her home for the next decade. In 1630, Gentileschi moved to Naples where she ran a studio. She was summoned to London in 1639 where she was to assist her father to paint the ceiling of what is today known as Marlborough House in London. She continued to live in London for a few years, after which she returned to Naples where she lived until the time of her death.

Most of the women artists in the seventeenth century specialized in history painting. Artemisia Gentileschi, however, excelled in painting still life and portraits. Her work finds its roots in retelling Biblical stories, myths, and allegories, from the female perspective.

Her first known work, Susanna and the Elders (1610), was her own interpretation of a story told in the Book of Daniel. The scene had been interpreted many times before that by Baroque artists. However, what sets Gentileschi’s painting apart is the discomfort Susanna shows as two older men, after having spied on her, demand sexual favors from her. Other painters failed to take into account the psychological dimension to the story and would usually use the story as an excuse to paint a nude female figure, often with the intention of providing pleasure to male observers. In the context of her life story Gentileschi’s depiction could be considered a type of emotional self-portrait bound up in the allegory of painting this young woman’s experience.

Which Judith?  Caravaggio's or Gentileschi's?

Artemisia’s painting of female figures reflects a level of naturalism unusual for the Baroque era. She also incorporated bright colors, chiaroscuro, and tenebrism (extreme contrast of light and dark to create drama) reminiscent of works by Caravaggio.

As an interesting exercise we can compare two paintings on the same topic, in this case both Artemisia Gentileschi and Caravaggio himself painted a version of "Judith Slaying Holofernes".

Though often compared to the Caravaggio version, Gentileschi’s version of Judith Slaying Holofernes takes Caravaggio's realism one step further; likely her rape and trial as a teenager account for this. Her realism, bordering on savage, comes across in her paintings, particularly those featuring the punishment of immoral or brutish men (she painted a few). This painting, Judith Slaying Holofernes, retells the biblical story of a beautiful Jew named Judith beheading Holofernes, the Assyrian general. In the painting, we can see the blood of Holofernes violently spurting out of his neck. Gentileschi's work, prominently displayed in the Uffizi Gallery in Florence, focuses more on the act of decapitation than on Judith’s heroism.  The forward movement in her body language, the physical effort required to perform the deed, comes much more clearly in Gentileschi's version.  In Caravaggio's version the wan and almost languid Judith does not show strength or purpose or tension in any way sufficient to perform the deed.  Indeed, Caravaggio's model seems merely to be studying for the part.

Gentileschi also includes a maidservant into the narrative. The servant, who in the original story was to merely pick up the severed head, is shown as being an active participant in the killing. As art critic Jonathan Jones argues, this achieves two things: one, it adds realism by stressing how it requires two women to kill one cruel man, and two, it makes us wonder what would happen if women got together and collectively fought against the tyranny imposed on them.

For too long, this Italian painter’s achievements and genius were neglected. Many of her greatest works, after her death, were credited to other followers of Caravaggio or to her father. According to art historian Mary Garrard, Artemisia Gentileschi has “suffered a scholarly neglect that is unthinkable of an artist of her caliber.”

While the recognition she deserves has come a century (or three) too late, it seems that Artemisia Gentileschi is finally being given the recognition she deserves by scholars of art history.  Gentileschi was one of the most important contributors to the Baroque art movement while also being an early feminist. She remained true to who she was and made an active effort to not be defined as just a woman. Her works are often exhibited in prestigious institutions and galleries such as the National Gallery of London.

Shrita Pathak is a professional writer and Business Head at Studio Covers, a luxury soft furnishings store. She graduated from Symbiosis School for Liberal Arts, Pune (India), in 2019 where she majored in Political Science and Public Policy with a double minor in Film Studies and Economics. Before the pandemic hit, she spent a year in northwestern Spain teaching English. She is an avid traveler, a reader, and a vegan.