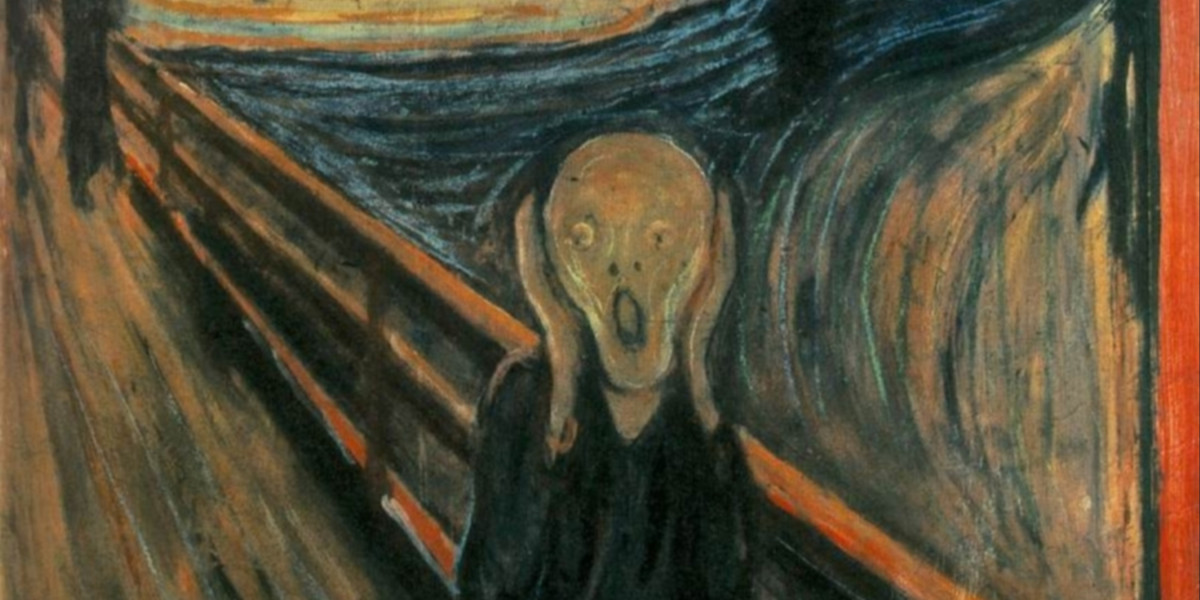 Sharp shadows and angles, jagged lines, and men walking away into the dark dark night wearing heavy trench coats against the violent pitter-patter of the rain. What do they all have in common?

All these elements, especially in film, can be directly related back to German Expressionism - an artistic movement and a distinctive style of filmmaking that emerged after World War I in Germany. The movement has had a lasting impact on the mystery and horror genres. Even today, one can see horror films and suspense films that exhibit German expressionist techniques. The art and film movement has influenced the works of filmmakers such as Alfred Hitchcock, Werner Herzog, Tim Burton, and Ridley Scott.

Not Just A Scream

Expressionist painters aimed to depict one’s inner reality i.e. subjective emotions. Though the German expressionist art movement began to be seen as a separate art movement in the late 19th century, it first emerged in Germanic and Nordic art during the Middle Ages.  Expressionism, both these times, was a reaction to social change and collective spiritual decline.

German expressionist artists were concerned with truly representing humanity’s relationship with society and with the loss of spirituality and authenticity within society.   Expressionists aimed at reflecting one’s true inner turmoil.  They did so by using jagged and distorted lines, jarring and contrasting colors, and flat shapes.

These techniques seem to:

i) create a true representation of the inner world by creating a work of art that was visually intense, and

ii)  bring out a reaction from the one witnessing the piece of art (or film).

iii )  The impact of this art brings the observer face-to-face with inner chaos.

In 1916, a defeated Germany banned all foreign films post-WWI, which led to the expressionist cinema within Germany i.e. the  German Expressionist movement developing pretty much in isolation from the rest of the world. However, due to this forced cultural isolation triggered by the Weimar Republic post-WW1, German artists began to create art that spoke to them - that spoke to the people of a fallen nation. Germany emerged as the leading center of the avant-garde, and it was the German Expressionist movement (which could be found in painting, sculpture, music, and films) that led the way.

The German Expressionist style of creating films became a way for filmmakers to express the collective anxiety of a defeated nation. The future felt uncertain and oftentimes….bleak. These films aimed at expressing this angst using eerie motifs, nightmarish imagery, and terrifying stories.

German film critic Lotte Eisner labeled German Expressionism “helldunkel” and stated that the movement was a “sort of twilight of the German soul, expressing itself in shadowy, enigmatic interiors, or in the misty, insubstantial landscape.”

The films weren’t all too concerned with coming across as aesthetically pleasing. After all, their main aim was to represent the truth. The effects of the war and the absolute devastation that comes with it - of the economy as a nation and at a mental and spiritual level, as an individual - were fundamental to paving the way for German Expressionism.

Two of the most famous expressionist films of all time are The Cabinet of Dr. Caligari and Metropolis. The two silent film classics have made a lasting impact on the entire genre of horror as a whole and can be seen as being a direct predecessor to film noir.

Chiaroscuro is Italian for bright and dark (chiaro means bright or clear and scuro means dark or obscure). The term, which finds its roots in Renaissance art, refers to the use of light and dark to create the illusion that a work of art is three-dimensional.

Neo-Noir and Beyond
To take a more recent example, one can look to the opening scene of the neo-noir crime story, Sin City (2005). The film opens with a woman, the customer, standing on a balcony as a man - rather a silhouette of the man - approaches her. The scene has been lit using primarily the light from the party. Due to the use of chiaroscuro, each shadow is pronounced.  The characters’ faces are half-lit and half-obscured and there is a sense of something just around the corner waiting to go wrong. The film achieves this sense of mystery and doom using lighting strategically. Throughout the film, too, the chiaroscuro lighting technique is used to highlight both emotional intensity and obscurity.

The brilliance of chiaroscuro lies in its ability to create a visual representation of inner conflict - whether it be existentialism, a moral crisis, or ennui. The technique became an integral part of German Expressionist films to help exemplify the dark (and many times, scary) reality of the inner experience. The thick contrasts, the sharp lines and angles, and the shadows that make German Expressionism would not have been possible had it not been for the lighting.

If you like photography, you may also check these articles: 5 Ways Photographic Lighting Tells a Story and Easy Light Painting Techniques

Shrita Pathak is a professional writer and Business Head at Studio Covers, a luxury soft furnishings store. She graduated from Symbiosis School for Liberal Arts, Pune (India), in 2019 where she majored in Political Science and Public Policy with a double minor in Film Studies and Economics. Before the pandemic hit, she spent a year in northwestern Spain teaching English. She is an avid traveler, a reader, and a vegan.