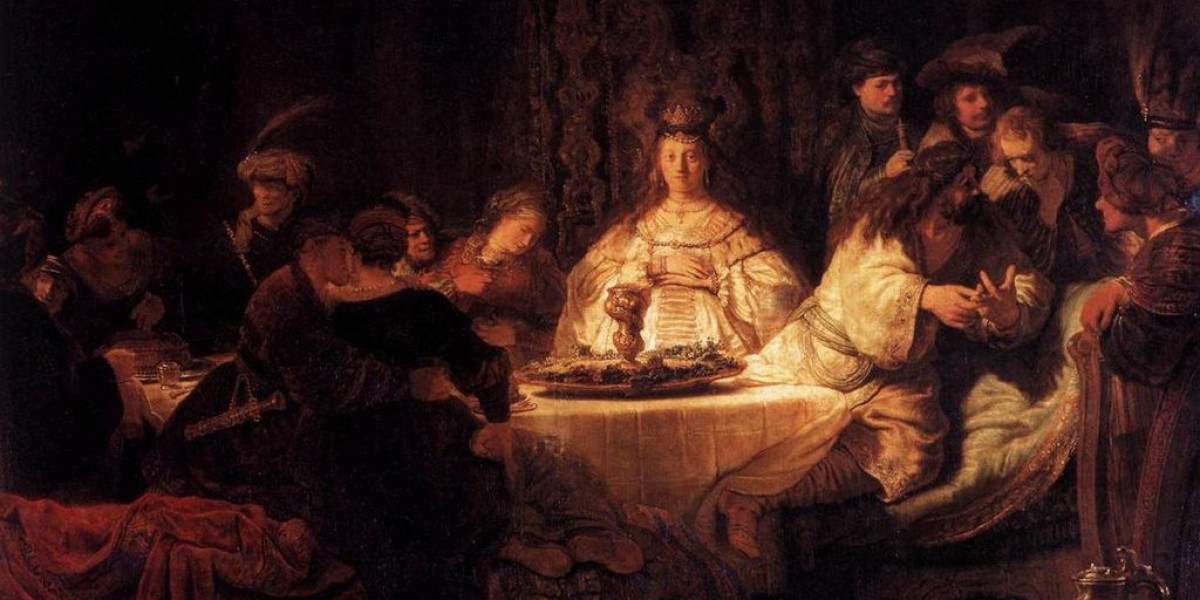 Rembrandt lighting is a classic method to paint, click, and film portraits which allows an intense play of key light and shadow. A highlighted triangular patch below the eyes and closer to the nose identifies this portrait lighting. Particularly, it is known as the Rembrandt patch. Portrait photographers and cinematographers alike utilize the Rembrandt lighting setup. But why is it called Rembrandt lighting? As the name suggests, it became a recognizable trademark art lighting practice popularized by Dutch painter, Rembrandt, in the 17th century.

One of the Dutch golden age artists, Rembrandt Harmenszoon van Rijn’s portraits depict angst, melancholy and emotional turbulence of humankind. Rembrandts paintings are autobiographical, tracing the phases of his life that constantly affected his stability. He was born in a wealthy family, as a son of miller and baker's daughter, but his affluent and extravagant lifestyle later led to his being relatively impoverished by end of life. In his later years, he had to sell out his exquisite artistic collection. Revered by many later master painters, Rembrandt is considered 'one of the great prophets of civilization'.   The artist's 1629 self-portrait projects a subtle reflection on the left cheek, developing Rembrandt lighting.

Rembrandt's style developed as he gained fame as a portrait artist, painting mythological figures and tronies. His portraits are noted for their exceptional chiaroscuro rendition. While the backdrop, drapery, and costumes are painted in crudely darker tones, the faces gleam with illumination. His lighting setup drew the viewer's special attention to the subject's expressions and facial features.

Apart from being a popular portrait painter, Rembrandt also taught several Dutch masters in his lifetime. He lived in the present Jodenbreestraat area of Amsterdamduring the 1600's, which was a time when the slave trade was part of Dutch society and commerce.  Historians have speculated on his disapprobation of slavery  by analyzing details embedded in his portraits of the super wealthy heirs to a sugar refining empire, the Soolmans.  In contrast, Rembrandt painted African men and women with his penetrating empathetic depth and humanity, as can be seen in his sketches and portraits.  His trademark Rembrandt lighting technique is seen in the affectionate portrayal of the two men in the painting.

What was it about the chiaroscuro that led him to use the technique in so many paintings? Rembrandt's primary expressions were portraits, landscapes, and mythic narratives. Specifically concentrating on portraiture as far as Rembrandt lighting is concerned, a few things have always startled viewers. The poignant look in the eyes, where the model is gazing into the eyes of the viewer, questioning with an almost existential dread, is chief among them.  Rembrandt's representations have such a lifelike presence, appearing to modern viewers almost as if they might be photorealistic, which was not possible during the 17th century.   His  smooth brush strokes layering light and shadow in oil to gradually reveal the deeply human emotions of his subject strike the modern viewer of today in a timeless fashion, we could believe that these subjects are alive, today.

Why Is Chiaroscuro Lighting Key to Portraits?

Chiaroscuro technique, literally translated from the Italian as "light-dark", is the technique of using clear tonal contrasts to suggest volume and shape.

Chiaroscuro is strongly associated with Rembrandt lighting as it is indispensable in accomplishing the three-dimensional roundity of the figures.

Caravaggio, the noted Italian painter, used Tenebrism, a related painting technique. This inspired Rembrandt to explore shadow and its impact and possibilities in a different way.  In Tenebrism, except for the protagonist, the shadow space is dark, chilling, and enigmatic. Thus, chiaroscuro plays a crucial role in Tenebrism. Moreover, conceptually, chiaroscuro in Rembrandt style allows the viewer to notice the fine detail, diligent application, and fleshy interplay of tonal values. Technically, the negative dark spaces brew an evaluative meaning for the positive highlighted object.

What Happens To A Face in Light and Shadow?

Peculiarly, Rembrandt did not divide the face into two absolute shades of light and shadow. Rather he animated them by keeping the light source and the possible natural reflector at the accurate position. It must not have been a technical reflector, but his natural setting would have been a calculated and precise lighting setup. The maneuvered arrangement developed a tiny triangular patch of reflection under the eyes, nearby nose.

Most importantly, the measure of the Rembrandt patch does not exceed beyond the eyes and nose. Rembrandt patch is like a special touché act enough to uplift the whole aura of dramatic portraits. The aesthetic framework of light and shades is enough to tantalize the viewer, just like when the curtain raises to unveil the stage.

Although Rembrandt did not innovate the cinematic lighting setup, Cecille B. DeMille, one of the noted earliest filmmakers, attributed the term. He had set up some light sources to create a chiaroscuro effect in his 1915 film, The Warrens of Virginia. Since then, it has been a delight for worldwide visual artists to experiment in a myriad of lighting setups. Many movies belonging to the Film Noir genre have harnessed Rembrandt lighting setup.

How Does Light Enhance the Drama?

Before we understand how to obtain the Rembrandt lighting setup, let us know a few basics of lighting and lighting setup. Since the renaissance, the split lighting setup has been popular among painters for dramatic portraits and figurative expressions. These paintings have influenced modern and contemporary photographers and filmmakers solely to enhance the overall emotive effect, which could be called as dramatic lighting.

Mostly, these types of lighting contribute to depth, three-dimensionality, and precise rendition. When the goal is an evocative sensibility, the optimum effect can be attained when the main light, reflectors, and the model are speculatively composed.

In a natural setup, pose model’s face laterally from the main source of light. Significantly, the room should be dark with only one window light or a source of light. Maintain the height of the face to the level where the ray of key light should be at an angle of 45 degrees. Once the split light arrangement is in place, focus on achieving the Rembrandt lighting either through a reflector or another source of light. Change and alter the reflecting resource to attain the concise form of shade. Moreover, with the setup ready, experiment with the camera angle for the expected pose.

Rembrandt lighting is fairly common among portrait photographers. In-studio setup, place the main source of Speedlight at approximately five feet distance from the model. As stated before, make sure you keep it at a 45-degree angle. Although natural light helps in securing soft boundaries in the final print, the artificial source of light can be handled with respect to the objective. In the absence of a reflector, you can opt for a white surface, cardboard that will reflect an essential portion of light from the main source. Such photographic lighting basics are very effective.

Observe specific rules of positioning the three vital elements: the primary light, model, and the reflectors. Depending on the arrangement, photographs create successful Rembrandt lighting effortlessly. The key light should be above the model’s head, wherein the 45 degrees angle should be with respect to the nose. Position the reflector at an equal height with the key light source. Do not select a random high-sheen surface. The intensity of the Rembrandt patch will not be equal to the main source. Adjust the reflector in order to develop the expected triangular patch under the eyes.

In the case of Rembrandt lighting, the key light might be crisp but receives a warm balance from the light triangle. Thus, it creates and indelible dramatic mood. The Rembrandt light regards this natural contrast, leveling up the game of visual in a compelling manner.

Urvi Chheda is an art researcher based in Mumbai, India. Graduated from Sir JJ School of Art, she dabbles into many creative forms like Improv and Haiku. Follow her daily updates on Instagram profile @haikucnic