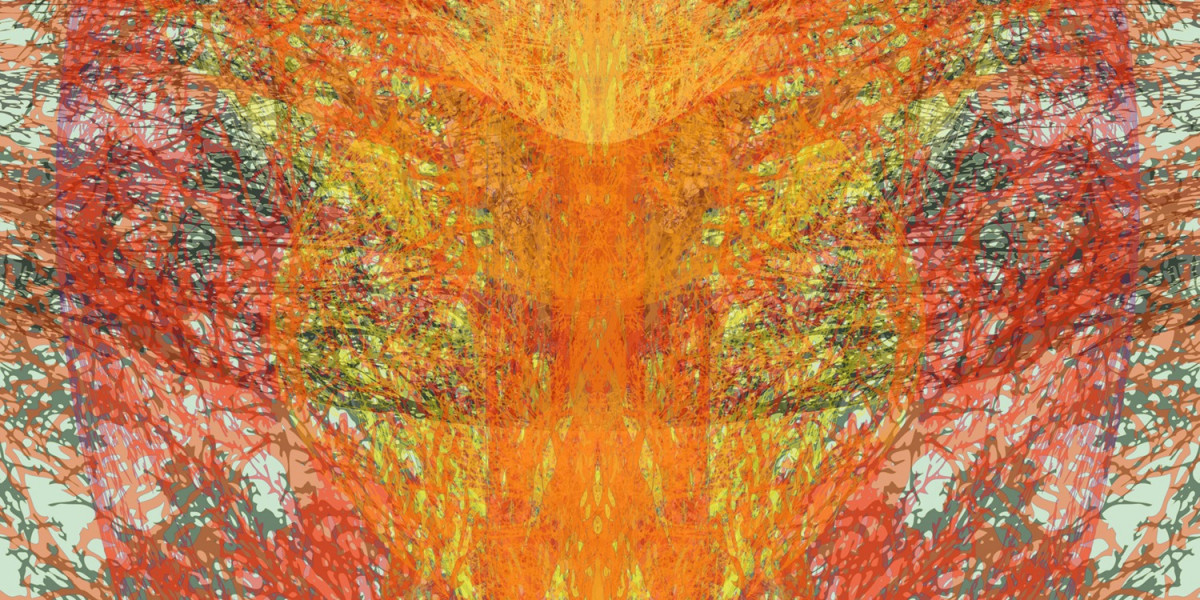 The color of fall, of the changing seasons. The tint of the leaves dropping and crunching under our footsteps. The color of flames, warning, and danger, but also of fire energy.The explosion of a vibrant sunset. The different shades of pumpkin, peaches, sweet potatoes, that add flavor to our exquisite dishes.

Orange is bright and energetic. It is the color of amusement, extroverts, and taste. But it also represents the last flashes of nature that is preparing to sleep. Pure orange in the urban scenario warns us, signaling an emergency. Yet it is hard to separate this hue from the context of nature, fruits, and flowers, by the flourishing environment of the Mediterranean sea. Thinking about the color orange, the mind immediately flies to citrus, to their scent and aroma. Vivid orange can give a hint of color and perfume to a previously drab place. Warm and enthusiastic, it makes you forget the grayness in an instant.

Curiously enough, without oranges, there was no orange. The orange fruit was imported to Europe by Portuguese traders in the 15th century; before that time, in the western vocabulary, there was not even a word to define the orange color.  According to the literature of the time, before this savory discovery, Old English speakers used the word geoluhread, a mix of yellow and red. When boxes of sweet oranges arrived from India, they also brought a new awareness of a color that amazed everyone with its brilliance.

The word orange itself comes from the ancient Sanskrit term naranga, which meant ‘fragrance’. Orange color embodies all the exoticism, the warmth, the aroma of its tale made of long journeys and surprise. The history of the color orange tells of cultural exchanges, contacts, discoveries, which are also mixed in the color spectrum. The uncertainty of yellow-red is finally replaced by the energy and unconventionality of orange.

Tracing the history of color theory also means diving into symbols that concern not only hues and color palette, but also human beings and their beliefs. As we have discovered in previous articles about black and white, red, yellow, blue, purple, and pink, there are no neutral colors. Different chromatic shades correspond to different shades of meaning, geographically and culturally connoted. Even orange symbolism and its color psychology change according to who and where observes it. In the Netherlands, for example, orange is a color of national importance, referring to the Dutch royal house of Orange-Nassau. Dutch shade is a bright orange which symbolized the power of the family since the 16th century. In Hinduism and Buddhism, orange is a sacred color, which also represents the purifying power of the flame, as evidenced by the orange robes of Buddhist monks. Very different is the use in clothing in the United States, where orange is reserved for prison uniforms thanks to its extreme visibility. While in Japan and China, the orange color meaning is a wish for happiness, health and strength. Orange color involves the sphere of politics, religion, and spirituality, customs, and traditions. This warm color that comes from nature, has gradually inserted itself into every aspect of human society.

Despite the lexical discovery and therefore official recognition of the orange color, this tonality was used since ancient times. The pigment was, in fact, produced by skillfully mixing yellow ochre and red ochre. In the Ancient Egyptian tombs, orange was obtained from a mineral powder, called realgar. In Ancient Rome it was extracted from a golden-yellow mineral and was known as orpimentum. Until the late 18th century when it was produced synthetically creating cadmium orange. In all cases, it was a highly toxic pigment with a risky arsenic composition! Yet orpimentum -from the Latin etymology aurum (golden) + pigmentum (pigment) - fascinated artists and alchemists, because of its magic: going from a honey-yellow hue to bright and intense orange when placed on the fire.

The ability to light up, to create a luminous flare upon the contact with dangerous fire, makes the aura of orange fierce and fascinating. In this article, we will explore 5 different uses of orange color in art. Orange is the color of inspiration that gradually ignites. That is why in art history, several artists have approached this energetic, heated, flaming color with curious attraction. Be cautious not to burn yourself with orange art.

One hundred and seventy years ago, in London, a group of painters invented a new kind of female beauty. They were the Pre-Raphaelites Brotherhood, who, as the name implies, drew on Italian art before the rigid flawlessness of Raphael. They aspired to a primitive art that defied the conventions of the Victorian era in which they lived. The women portrayed by the famous Dante Gabriel Rossetti, Millais, Waterhouse, were women of aesthetic and romantic beauty. Characterized by an air of melancholy, delicate, and at the same time crabby. But above all, they had pale faces framed by long copper-colored hair.

What did these English painters see in those dark orange hairstyles? The beliefs and superstitions of the time, especially among the lower classes, associated hair of that color with something evil and diabolical. The suffering muses of the pre-Raphaelites were then almost witch-like and powerful women. Like Rossetti's modern Lilith, a seductress banished from Eden because she refused to obey Adam. Or the Arthurian Waterhouse’s Lady of Shalott, cursed women who abandon everything for love. And finally, the Lady Godiva of Collier, a mythical sovereign who rode naked through the streets of her town as a gesture of defiance to her husband and liberation of her people. Orange-haired women are women who are not afraid to go against the tide.

4. Orange Robes: Between Sacred and Profane

Other painters used the color orange to portray different female subjects. In this case, orange marks the clothes of mythological figures such as Pomona, portrayed in the 18th century by the painter Nicolas Fouché. Pomona was the goddess of abundance in Ancient Rome. Being associated with the blossoming of fruit trees, she was often depicted with succulent baskets of fruits...and dressed in orange, like the juiciest peaches!

Orange is also the robe of the young woman in Flaming June, a nineteenth-century painting by Sir Frederic Leighton. The sleeping figure is probably a nymph, slumbering under the summer heat; or perhaps, as the toxic oleander on her right symbolizes, abandoned to death. The orange-apricot of her drapery symbolizes the exploding month of June. June is the month of the first hot days of summer warmth. The sea shimmers behind the sleeping creature, and in this heated energy, placid laziness triumphs.

The color orange in art is inextricably linked to nature, to ripe fruits, to the flowing of seasons. Some of the most beautiful orange paintings are those that literally depict oranges. The genre of still life is much more than a faithful representation of reality; it contains in itself the constant thought of the ephemerality of life, the transience of things -we explored it here.

Oranges, so juicy and fragrant, are the perfect essence of vitality. They refer to fertility, to luxury. Famous painters such as Paul Gauguin or Fernando Botero with his giant orange portrait, have explored through painting the different shades of these fruits. Destined, like everything else, to wither.

2. The Burning Sky of Edvard Munch

We are still dealing with nature, but far from the earth and the harvest, when we look at the sky of the most famous painting by the Norwegian painter Edvard Munch. In The Scream, a frightening representation of the loneliness and panic of modern human beings, nature also participates in inner suffering.  The sky is painted in distressing and strident hues, with orange and red brushstrokes. It is not a sunset but clouds laden with blood. Munch through the use of color launches his cry, asking to be heard.

However, a team of scientists has given this orange symbolism a more scientific explanation. The orange of the sky could have been inspired by a meteorological phenomenon that can happen in Scandinavia: the polar stratospheric clouds. The event occurs at very low temperatures, creating bands of orange and pearlescent clouds. According to scholars, the particular condition of the sky occurred in Oslo during the years of the painting, influencing the painter's gaze with its burning clouds.

Shades of the color orange are also the protagonists of the contemporary artwork Botanical Ornament 5 by the artist Patty Hudak. Hudak is based in Underhill (Vermont), but she refined her artistic practice by absorbing the process of eastern techniques while living in China and Japan.  In Botanical Ornament, what at first glance appears to be an abstract and mental composition, actually has an organic origin, strongly rooted in nature.

Isolating herself from the daily turmoil in the solitude of the woodlands, Hudak transposes to canvas the energy she captures from trees and plants. It is a physical yet transcendental experience. In Botanical Ornament, the artist represents the moment of communion between her body and the surrounding nature. The vital energy of trees merges with the pulsating energy of the human body. The porous membranes of bark and skin become one, single, harmonized entity.

In Patty Hudak's artwork, the color orange takes on a new strength; it becomes radiation, invisible energy, the color that allows plants to grow and us to connect with them. Pure orange becomes the shade of a new, natural, transformation.